Back to all posts

A Response to "Accessibility Is A Dead End" 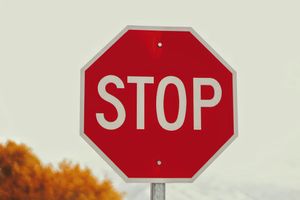 Today, I'm sharing a response I wrote to a blog article posted some years ago by a Canadian composer named Aaron Gervais. I've often talked about this article because I believe that it's at the heart of what is happening with concert music today. Thanks for reading!

Canadian composer Aaron Gervais posted an article on his blog titled "Accessibility is a Dead End". It was brought to my attention by a composer colleague.

Please read it before reading my thoughts below.

I'd like to take a moment to respond and add to Mr. Gervais' comments. To begin and to be clear, I will say that there are many aspects of his argument which are spot-on, and which appeal to me. I agree with him on several key points, including:

Dumbing music programming down as a means of attempting to attract new audience members is not helpful at all.  It is, in fact, destructive.
The understanding of Western Art Music and people's visceral experiences of it cannot be reduced to generalized "movie score" reactions. We cannot accept that as a society.
The term "Classical" is indeed a retronym and the arbitrary use of this term - particularly by corporate moguls - is indeed contributing to the downfall of people's interest in Art Music.

However, I'm not sure that his choice of title properly reflects what he's discussing in the article. Additionally, his discussion encourages the reader to promote exclusivity, elitism, and even dismissiveness as a means of enticing people to compete for what they "wish they had" - a better intellectual understanding of what they're hearing. On this front, I'm afraid I cannot agree.

Accessibility means more to me than "dumbing the programming down". I like to think of it as "meeting people where they are and leading them down new paths of joyful curiosity and shared discovery." If we're talking about teaching people, we can't start by teaching to our ideal students. We have to teach the students we actually have in front of us.

To summarize the article, Mr. Gervais laments that the downfall of "classical" music is due, at least in part, to people who try to make it "accessible". He speaks of "accessibility" in this way:

"In order to regain audience attention, presenters fell upon the idea of accessibility, which has two goals: (1) prevent current subscribers from leaving, and (2) lower the barriers to entry so that greater numbers of non-subscribers are willing to take a chance on your concerts...

For most people, classical music is more foreign than ever, and the focus on accessibility has siphoned attention away from audience-building techniques that actually work. I’m heartened to see more progressive classical groups experimenting with other models, but we need to completely reject accessibility as a concept in order to really see results."

First of all, accessibility means something different to Mr. Gervais than it does to me. The dictionary defines accessibility as "able to be easily understood, obtained, or used; of a person: friendly and easy to talk to; approachable". This says nothing of intellect or complicated ideas themselves. There is no reason why performers can't find creative and engaging ways to make even the most complex musical thoughts, textures, and concepts "easily understood, obtained, or used."

My NYC-based vocal ensemble, Choral Chameleon, provides what I would call "accessible programming" to our listeners. However, there's nothing dumbed down about it. We attempt to use music that might be more familiar and/or contemporary to unlock meaning and depth in music likely to be less familiar or more intellectual from our listeners' viewpoints. I like to use the phrase: "unlocking intelligence we already possess". We have found tremendous success in doing this and are even surprised sometimes at what people's reactions are to concert pieces we initially thought they might have a hard time embracing. People constantly tell us that our programs are both educational and eye-opening; but also fun, energetic, and emotionally uplifting. The two are not mutually exclusive. Importantly, all of the themes and through lines in our programs are very human and are matters that affect all of us in our daily lives. Therefore, they are immediately relatable. After all: just like each of us, before Bach and Haydn and Mozart et al were composers, they were people - with real lives and experiences which fueled and influenced their work just as it is for us. We can connect with them from across centuries by unlocking the power of their human nature and drawing comparisons between our lives and theirs. We can also teach in concert through allegory and metaphor.

For example, I wouldn't call asking our audience to listen to THIS* an example of programming that is "lowering the barriers to entry". In fact, even though it was the most obscure, intellectual, complicated writing on its particular program, our survey data tells us at first glance that it was, in fact, the most beloved piece from the concert. I do feel that it was most effective and prudent of us, after asking them to embrace this piece, to then give them THIS**. The amalgamation of the two is the important part: each piece carefully picked, deeply considered, and chosen as companions for each other with the audience in mind. The text of the first piece is drawn from the words of Charles Darwin. The second text begins with "Look!  A Bird...", which was just a little added tongue-in-cheek panache to drive the point home.

I was brought up in the conservatory. I did all of the studying, practice, lessons, analysis, and so forth. I have three degrees in music and so on. As a music pedagogue, I'm a staunch traditionalist, employing almost exclusively the musicianship and composition techniques promoted and developed by the French school - the training of Boulanger and Dieudonné. I think Mr. Gervais would agree that no one who has had that training should take for granted, for a single moment, that others who have not had this training will experience concert music in the same way. At the same time, I did not "fall upon the idea of accessibility". The need for it presented itself to me organically during my upbringing as a musician: when my predominantly-male composition department gathered to discuss and compare scores; when certain teachers of mine spoke openly about the inferiority of women to men as composers and musicians in general; when I became the white Hammond B3 organist in an all-black Baptist church and had the best ear training of my life; when another composition teacher of mine looked me square in the eyes with utmost sincerity and told me he had no idea who Madonna or Sting were, and first recalled John Lennon as "the young man who was shot in the Dakota in the 80s".

Time keeps moving and the world keeps changing - now at a pace ever so much faster than it did even just ten years ago. It is incumbent upon us as artists to react and respond to what is happening around us here and now, and furthermore to tie the present to the past as a means of bridging gaps that separate groups of people from each other. Perhaps Mr. Gervais will agree with me that our real job as musical artists is not to be the entertainers, the court jesters of society. Instead, our job is to feed, nurture, educate, crystalize, and empower the living and the dead from across centuries. The beauty in the real artistry of doing this lies in our ability to do so without letting people feel like they are being taught. I would say the same thing of classroom teachers that I say of us as performers in the concert hall. Yes, we need to educate our audiences - even prepare them, perhaps even prior to some concerts. However, condescension and patronization through establishing exclusivity is not an effective way to attract strangers (or civilians, as I love to call them!) to what we do in concert music.

Let's start with taking away the suggestion of "ESTABLISHING A DRESS CODE" shall we? What we're wearing doesn't have anything to do with the actual act of experiencing the music. Dress codes are about conformity and uniformity. There are places where this is helpful. The concert hall is not one of them. Creative minds don't respond well to expectations such as these, especially when they are a direct reflection of high society and class. Furthermore, if learning through creative thinking - allowing audiences to draw their own connections and conclusions from a program - is to be encouraged, then invoking systems of imposed expectation does the opposite of encouraging freedom and openness in a shared concert environment. Just my two cents on that one...

I could really go on, but I want to reiterate that I am not in complete disagreement with Mr. Gervais here. I just think that the general statement (and title of his article) that "accessibility is a dead end" is very extreme and it assumes that everyone thinks of "accessibility" the same way - which we obviously don't. I point out that both Mr. Gervais and myself want the same thing - for as many people as possible to come and experience Art Music anew in this day and age. Hell, there are (as I said) a number of points (even more than the ones I mentioned here) that I will happily bring back to my team and our board as suggestions for improving our reach to our community. I thank him for writing this, especially as a means of starting the conversation. Perhaps if he's ever in New York City, he'll let me buy him a beer so we can talk more. I'm sure it would be fun and interesting. I'm not going anywhere with a dress code, though!

* - This View of Life by Jeffrey Parola
(premiered May 19th, 2013 by Choral Chameleon in New York City) (Text by Charles Darwin)